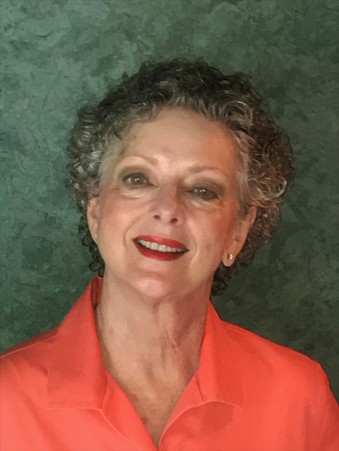 When our teenage daughter fell in love with Jesus, she had no idea how much that love would sustain her through years of loss and physical ailments.

Unbeknownst to us, Shelly’s health issues began in high school. As a guard for her varsity basketball team, she didn’t reveal the excruciating pain in her legs and feet, because she didn’t want anything to keep her from playing the game she loved. In college, after she was diagnosed with epilepsy, the same tenacity that kept her on the basketball court drove her to push through seizures and mounting physical challenges to earn two degrees from Georgia Tech, pursue a career as an industrial engineering consultant, and launch her own company as a partner in an engineering group.

In the early years of her marriage, a mysterious illness attacked her. When it seemed to run its course, she and her husband decided to have a child. After she became pregnant, severe pain accosted her. She learned a parasite had invaded her body and destroyed her gall bladder. During her second trimester, emergency surgery relieved the pain.

I was blessed to view the birth of our first grandchild, a beautiful baby girl. She looked perfect and all was well. Until signs of normal development failed to occur. We were devastated to discover Bri was born with severe neurological maladies which inflicted her with multiple seizures every hour. Because they occurred on both sides of the brain, surgery was not an option and medication didn’t help. Our only hope was intervention from God.

Shelley leaned on Jesus and for months our family prayed for healing. God answered by giving our family a precious gift – Bri could finally hold her head up and grasp a tiny toy. As I write this and picture the moment I gazed into her eyes and for the first time knew she saw me, my eyes filled with tears of gratitude. Later that same night our eleven-month-old granddaughter’s heart stopped. Shelley came to understand that God answered her prayers by ending her child’s suffering and taking her home. Although a year later Shelley gave birth to a healthy baby girl – Joy is now a junior at Georgia Tech – her marriage didn’t survive the loss of a child.

Escalating physical challenges and pain continued to take a toll on Shelley’s body, however she pushed herself to work, care for her daughter, and remain an active prayer warrior. Following a series of medical tests, she learned she suffered from lupus, and incurable systemic autoimmune disease that occurs with a body’s immune system attacks its own tissues and organs. In addition, she was diagnosed with a brain tumor. As lupus continued to attack her body, working long hours and traveling to meet with clients became increasingly difficult. Eventually, she faced a second traumatic loss, she had to give up the career she loved.

Ever faithful, God sent a wonderful man into Shelly’s life. Months before she and Ed married, the brain tumor was removed. The surgery ended her grand mal seizures, diminished her short-term memory, and blessed her with a new skill – inventing.

Over the years, through twelve surgeries and unrelenting joint and muscle pain, Shelley’s love for Jesus continued to grow. He blessed her with a rich sense of humor and a glass-half-full perspective. Today people from across the globe reach out to her through social media seeking prayers, as well as inventing and engineering advice.

Shelley’s story inspired me to fulfill a lifelong desire to write. I chose contemporary women’s Christian fiction to honor her strength and faith. I wrote my first manuscript in 2014, and quickly discovered I’d made every mistake new writers make times ten. Undeterred, I began studying the craft. A year later I attended a writer’s conference and received a critical review from Eva Marie Everson. It was a humbling experience and an important milestone in my writing journey. I enrolled in on-line courses, read blogs, became active in ACFW, rewrote the work, and began a new manuscript based on a vision God gave Shelley.

In the summer of 2016 I attended an ACFW conference, met with agents and editors, and received more rejections. I returned home, began a third manuscript, joined Word Weavers, and enrolled in Jerry Jenkins online writing courses. The following June, Sherri Stewart, a close friend and accomplished author forwarded an email announcing a new contemporary women’s line for Lighthouse Publishing of the Carolinas. Guiding Light was searching for submissions. My elevator pitch resulted in a request for a proposal and the first chapters of my second manuscript. It was rejected, but the door remained open to submit another proposal for manuscript number three.

Three years after launching into my new career, I am blessed to have a contract from LPC and a January 10, 2019 release date for a contemporary story about two women – strangers whose lives are on a collision course with destiny. Although it is not a romance, it has a romantic thread.

Throughout my journey, whenever a smidgen of doubt trickled in, Shelley’s faith in the midst of her personal struggles strengthened my own belief that God is in control and that Jesus walks with us through every trial.

Bio: Pat Nichols is a retired corporate executive with years of experience writing training materials, speeches, and proposals. She turned her love of writing and her passion for reading into a second career as an author and freelance editor. Today she writes for the Lighthouse Publishing of the Carolinas, is an active member of ACFW, Christian Pen, Word Weavers, Gwinnett Church (a campus of Northpoint Ministries), and two social organizations. She is married to her high-school sweetheart and lives in a suburb of Atlanta.

Deborah Malone is an established author, speaker and freelance writer. Deborah teaches a number of writing courses for authors and speaks at women's functions. Her passion is to encourage others going through difficult times and offer them hope for the future using God's words and her own experiences.  View all posts by wherehopeblooms