“Are you okay, Grandma? Is this hard for you?” Leave it to my oldest granddaughter to spot the pain I thought was well hidden.

As we drove into the dusty little town, I silently reviewed the call that began an inner prompting to revisit my past, and my granddaughter’s willingness to leave her job for several days so I did not have to make the visit alone.

She knew that it was years since her grandmother had angrily stepped out of her great-grandmother’s life due to the stressful behavior of a disease neither of us had recognized or understood, and she knew about the shocking phone call. After a dinner out celebrating my birthday, I’d preceded my husband into the house as he parked the car, and heard the answering machine in his office beeping. Automatically I stepped into the dark room, pressed play, and then gasped when I heard the familiar but thread voice singing, “Happy Birthday to you, Happy Birthday to you, Happy Birthday dear daughter, Happy Birthday to you.” That was all. The click and “end of messages” from the answering machine left me standing in shock. It was as eerie as the scene from a mystery thriller and it felt like I had turned to stone.

Ken came in, alarmed to find me frozen to the spot, staring at the answering machine, my arms wrapped around myself. “What is it? Bad news?” he asked, as he held me.

Mutely, I reached over and hit “play” letting the message repeat. As we listened, his whisper echoed my thoughts. “Why now after all these years?”

Continuing to hold me, he prayed for me. He’d known my story and married me despite all the baggage I brought into the relationship. He’d been my protective  knight through traumatic visits and volatile ‘episodes.’ As time slipped by, I’d thought I’d grown immune to the painful memories, yet here I was years later trembling in fear from the sound of my past. Yet, a feeling grew. I knew I needed to go. Perhaps her call meant there was hope. Ken’s prayer led me to the place of faith where I believed God would lead me each step of the way. I wasn’t sure if I could love or forgive Mom, but I knew with a certainty God could.

Her doctor confirmed there had been occasional loss of memory, and much consternation with things appearing to be missing but later found misplaced in odd locations. The loss of memory phrase got me. I remember questioning stories of people who said their past was so traumatic they forgot it. How many times I’d wished I could forget my troubled past. Now it seemed, Mom had forgotten – at least some of it, some of the time. Was that good or did it mean it was too late to find healing for our relationship? Whatever the outcome, I knew the commandment to “honor” my parents, so I became armed with all the information I could find, and prayed the faith to remember I was not facing this alone.

Now, weeks later, as we passed the familiar sign announcing my home town, I was disappointed my myself for feeling 11-years-old again, and allowing my granddaughter to see memories I thought I had left behind now roaring over me like Niagara Falls. My chest hurt with pain of remembrance and my face must have showed it as well.

“I’m sorry, Aimee, I didn’t expect it to hit me like this,” I responded truthfully, as I mentally returned to her. Even though I’d spent the last several hours answering her questions about the past, symptoms of the disease, and detailing what subjects might be taboo, in case the “deterioration” as the doctor called it, made for volatile episodes, I suddenly felt clueless. Clearly I needed to “refuel” spiritually before I could make the visit.

We spent the night nearby and my darling granddaughter distracted me far into the night sharing funny escapades and future plans until she dozed off and I crept out of bed to pray and think.

The “fixer” in me was clamoring – what should I do – what should I say? I felt so responsible to cleanse all the past, when I didn’t even know how much of it she would remember. Like the Apostle Peter, I often spoke without thinking, filling quiet spaces with whatever words came to mind, and grappled now with what I should and shouldn’t say. My mind was whirling when I grabbed my Bible, and prayed for the right words to say the next day. As I dropped onto the blue easy chair in the corner, the book fell open to the marker left from a recent Bible study, the yellow highlighting on the page ironically announcing the little phrase without words. I knew instantly that was my answer. I did not have to SAY anything; I just had to be there. I quietly chuckled at God’s sense of humor. Now THAT would be a miracle. I was stunned at the simplicity; but I was filled with peace because if God said it, He would enable it to happen. Once the choice was made, I slept peacefully and morning came quickly.

A gentle touch and meaningful glance from my granddaughter as we approached the home silently softened in sympathy as the door opened and Aimee’s glance moved from my mother to me. Together we helped an unexpectedly quiet and subdued woman shuffle behind the walker which we folded into the trunk of our car, and began our journey,

I’d purposely planned more than a day would hold, hoping there would be no empty opportunity for an “episode.” We visited some new restaurants for meals between little drives across the countryside, ostensibly to show my granddaughter where I grew up and went to school. It was treacherous emotional territory, but Aimee kept up innocuous chatter sprinkled with innocent questions comparing cars, clothing, and school day “back then” with Aimee’s recent experiences. There was no life-changing conversations or heavenly reconciliation scenes, but there was a constant opportunity to show honor and love as the memories carried both of us into some good places of our past.

Each time feelings of tension or fear crept in, remembering the little phrase “without words” kept me calm and believing that God could work out His plan without any help. How, I wondered throughout the day, would my unusually silent behavior be interpreted? The day’s end told all.

“Before you go,” she asked, “would you help me change to my slippers? It’s hard to bend down anymore.”

As I folded one knee down before her and reached to slip off a shoe, she rested her hand on my head like a benediction, noting with surprise that her little girl had silver in her hair. Kneeling there, barely restraining the tears. I swallowed and looked up. Our eyes met and held, and I could not speak for what I saw written there.

Her eyes spoke volumes of response to words I hadn’t had to say. In that moment before they glazed over and wandered away again, her faded blue eyes looked directly into mine and clearly displayed was “I love you, too.” I felt my bitterness fading away, and realized that God’s love was clearly there for both of us that day – filling the silence and going where I could not. Truly, where God’s love is, no words are needed.

You can find Delores at: http://www.deloresliesner.com 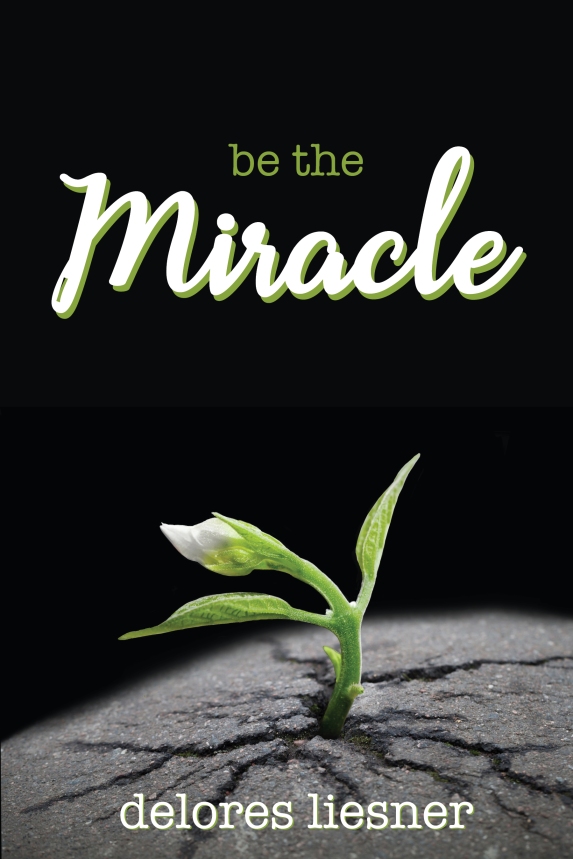 Deborah Malone is an established author, speaker and freelance writer. Deborah teaches a number of writing courses for authors and speaks at women's functions. Her passion is to encourage others going through difficult times and offer them hope for the future using God's words and her own experiences.  View all posts by wherehopeblooms

2 thoughts on “Loving Without Words”